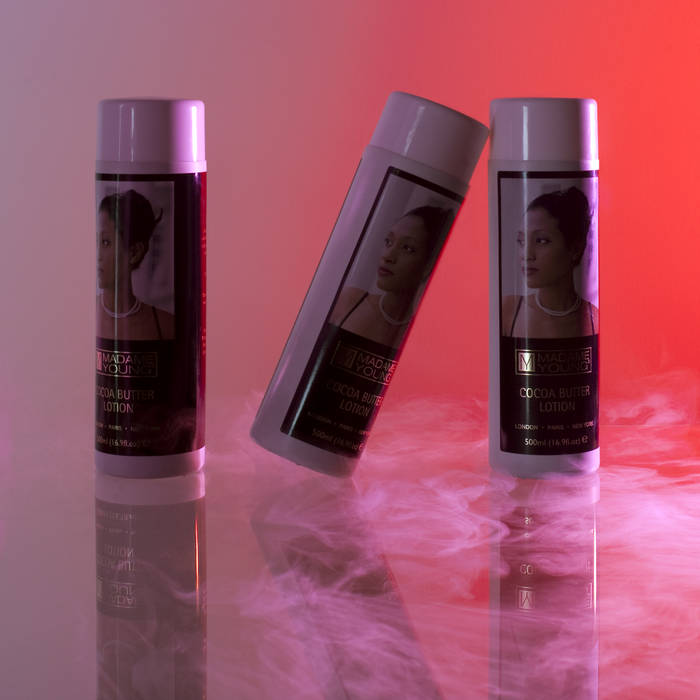 Corey Raucheisen So excited! I've watched the low-quality YouTube video of this far too many times. Glad to finally hear them in the quality they deserve. Favorite track: Body Lotion.

CatharusGuttatus Thanks for rereleasing this

Previously released in 2014 on vinyl only, HTRK's sought-after Body Lotion EP sees a digital release on 10 March 2020. The three tracks on the record—"Sugar," "Punch" and the title track, "Body Lotion"—date back to the sessions that led to the band's 2011 album, Work (work, work). For any HTRK fan, the opportunity to hear three unheard Work (work, work)-era tracks is reason for both celebration and reflection. Two of the songs feature the unmistakable basslines of Sean Stewart, who died before Work (work, work) was released.

Both "Sugar" and "Punch" were recorded live in HTRK's London rehearsal room, the then trio of Jonnine Standish, Nigel Yang and Sean Stewart. On "Sugar," Jonnine's voice smolders through smeared drums and Sean's bassline. "Punch" is spare and confessionary; "Body Lotion" is suggestive, winking and bruised, a trademark HTRK hook submerged beneath the murk. All three tracks mutated from the recording sessions that ultimately led to Work (Work Work) track "Slo Glo." While they all stand as striking individual songs, they share subtle elements in common—a lyrical idea here, some guitar parts there.

David Ferrando Giraut's distinctive artwork adorns Body Lotion's sleeve. The Spanish artist has a deep and intimate connection to HTRK—he was living with Nigel in London at a time when Sean would visit to sketch out songs in Nigel's tiny room. They've collaborated before, too: Jonnine has narrated and appeared in some of his films, while Nigel has provided the music. Giraut's previous installations have often carried a musical lean—he's used LP covers and turntables in the past—and he's found a rich stream of creative inspiration in music's ability to create meaning and change in memory and behaviour.

HTRK's Psychic 9-5 Club (2014) was a bold and triumphant album, one that marked the beginning of a new era for Nigel and Jonnine. Body Lotion presents a beautiful, bittersweet glimpse into the past.

Bandcamp Daily  your guide to the world of Bandcamp

Featuring interviews with the mighty Haitus Kaiyote and genre-busting L'Rain.